I love Cold-Case Christianity. It’s true I’ve been reading a lot of crime thrillers this year but that’s not the only reason I love this book. Jim writes a compelling book that’s beneficial for every believer. He provides a reasoned case for the hope that we have in Christ. He starts,


I used to think of faith as the opposite of reason. In this characterization of the dichotomy, I believed that atheists were reasonable “freethinkers” while believers were simple, mindless drones who blindly followed the unreasonable teaching of their leadership. But if you think about it, faith is actually the opposite of unbelief, not reason. As I began to read through the Bible as a skeptic, I came to understand that the biblical definition of faith is a well-placed and reasonable inference based on evidence. I wasn’t raised in the Christian culture, and I think I have an unusually high amount of respect for evidence. Perhaps this is why this definition of faith comes easily to me. I now understand that it’s possible for reasonable people to examine the evidence and conclude that Christianity is true. While my skeptical friends may not agree on how the evidence related to the resurrection should be interpreted, I want them to under- stand that I’ve arrived at my conclusions reasonably. (p. 51)

Too many Christians retreat when discussing faith with non-believers. In answer to the skeptics skepticism, they don’t provide a reason for their faith. They might say something like, “I just have faith. We don’t need reasons.” How wrong. I don’t know about you but my faith is well reasoned. Christianity is logical and reasonable in my estimation. That’s the point Jim is making in this book. Faith is reasonable.

The first part of the book establishes the methods and foundations for creating a reasonable case. These basic principles are tools that all Christian should possess. I just had a conversation with a believer who was having doubts and as I was creating a case for his faith in Christ we just couldn’t get past a certain point because he didn’t understand evidence, logic, reason, etc. You don’t have to be a professional philosopher. You just need tools that will help you grow in grace. Jim provides this and the delivery is not only helpful but engaging. The second part of the book examines the evidence for the reasonableness of faith in God and the Scriptures. You won’t find a more understandable entry into this kind of evidential examination, with more helpful information, and with secondary sources for delving into the deep end of this kind of apologetics.

Jim makes a great case for why all Christians are called to apologetics of one kind or another.


But the New Testament authors, while recognizing that not all of us are gifted to be evangelists, described a responsibility that does apply to each and every one of us as Christians. Peter said that no one is allowed to relegate his or her duty as a Christian case maker. According to Peter, all of us need to “be prepared to give an answer to everyone who asks [us] to give the reason for the hope that [we] have” (1 Pet. 3:15 NIV). While only some of us are gifted and called to be evangelists, all of us are called to be case makers. It’s our duty as Christians. We need to stop thinking of ourselves in an abbreviated manner. As biblical, New Testament believers, we aren’t just “Christians”; we are “case-making Christians.” (p. 260)

Cold-Case Christianity in the truest way is a book for all Christians. It would be a wonderful resource for churches to use for new believer classes. It would also be a great book for small group discussion. I plan on buying a stack of these. Multiple times through out the year I discourse with people who are struggling or out-right denying the reasonableness of faith. I’ll be handing this book to those people.

He also intertwined some of his cold-cases into the book. Fantastic. 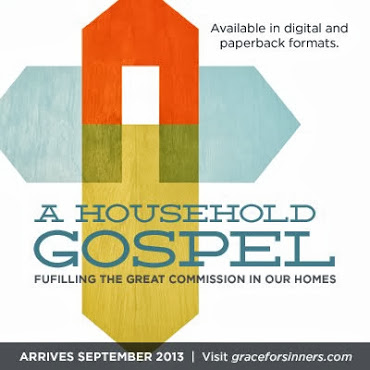 Thank you for reading Grace for Sinners. You can help me keep writing by making a donation through PayPal. Thank you for all you do. If you have any questions, email me.