Are the ten commandments relevant today? 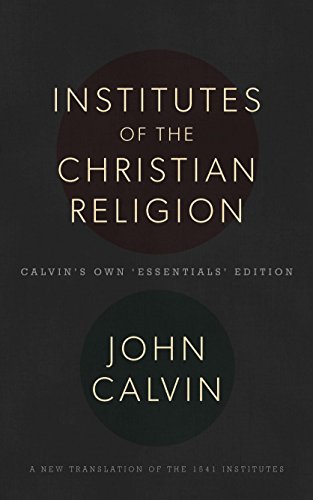 Are the ten commandments relevant today? Are they something we only pay lips service to? Or do they still guide and order the moral imperative for Christian living? Calvin says, “[M]an is so wrapped in darkest ignorance that, through natural law, he is scarcely able to savour what it means to serve God acceptably” (110). And that’s the bottom line isn’t it? Without God’s law we would remain in “darkest ignorance” and we would not know (not just sipping kind of know, but the drinking deeply kind of know) that we need the mercy of God. Calvin again, “[W]hen we compare the righteousness of the law with the life we lead and when we see how little we comply with God’s will, we recognize that we do not deserve to keep our place and position among his creatures, still less to be reckoned as his children” (111).

Some might say that this is whole of the law. It shows that we need the mercy of God, but Calvin goes on to make an important point. “The Lord, however, is not content to teach us only to revere his righteousness. He seeks to train our hears to love it and to hate iniquity, and thus adds both promises and threats” (ibid). The law does not exist solely to inspire fear of punishment and despair without the gospel. It does that, but, after it does its first work, God then trains our hearts to love him through loving his law. As David so regularly said in the Psalms, he delighted in the law of God.

First, the ten commands are not barely forbidding what they set out. Calvin says,

“Unless the vileness of our sin is in some sense tangible, the flesh always strives to camouflage or conceal it by empty evasions. Therefore God chose to highlight the very worst and most desperate of sins in each category, so that merely to hear of them would inspire such dread as to produce in us a deeper hatred of sin. In judging moral failures we are often deceived, for we minimize those which are in some way inconspicuous. The Lord thus delivers us from our error, training us to relate each fault to a specific type, that we might better appreciate how repugnant it should be to us” (117).

Prior to this section, Calvin also makes the point that “You shall not kill” is “a duty of love” for your neighbor to make their life “precious.” The law then is never only concerned with what it expressly forbids, but is also concerned with the root sins that the visible sin is the fruit.

Second, the law is concerned chiefly with the law of love. He illustrates the former when discussing the purpose of the first commandment. “So unless we rest in him, it is not enough to refrain from alien gods, as some wicked individuals do who think that the simplest thing is to ridicule all forms of religion” (122). It’s not just refraining from the worship of a stone or wood god, but resting in the true God that fulfills the command. Love of God empowers love of our neighbor.

I want to highlight some sections which will be of particular interest and may encourage you to pick up the Institutes for yourself.

Calvin roots our own obedience to the ten commandments to the story of redemption. He describes the preface to the law and how God roots obedience in his previous work of redemption from bondage in Egypt. And guessing some might be saying, “So what does that have to with us?” Calvin says,

“But lest we feel that all this is of no concern to us, we must reflect that Israel’s period of bondage in Egypt was a type of the spiritual captivity in which we all languish until the Lord with his strong hand frees us and transfers us to his realm of liberty. Just as in former times he sough to raise up his church in Israel, delivering that people from Pharaoh’s cruel and oppressive rule, so today he rescues all those whose God he shows himself to be from the devil’s miserable bondage, which is represented by Israel’s physical captivity” (121).

God always roots obedience to the law in what he already done for us. God acts for us. He delivers us from our captors. He rehearses the story of his redemption and love for us. He grabs our hearts before he demands our hands and feet. Obedience flowers out of the story of our rescue.

On the seventh commandment, Calvin says,

“Lest there be any doubt about it, let us consider that here God is commending chastity to us. Because this is his command he condemns everything which works against it. Thus, if we wish to obey this commandment, the heart must not burn inwardly with wicked lust, our looks must not be lascivious, our face must not be adorned as if for harlotry, our tongue must not entice with evil words to immorality, nor must the lips give voice to it through intemperance. For all these evils are like stains by which chastity and continence are spoiled and their purity marred” (154).

“What is more, unless we endeavour, as our ability and circumstances allow, to do good to our neighbor, through our cruelty we transgress this law. Now if our Lord has such concern for the bodily safety of each of us, we may well understand the obligation which he lays on us to ensure the safety of souls, which are precious beyond compare to his sight” (149).

Just yesterday, I saw a Reformed guy mocking those missional Christian types who just want to do lots of social programs in their community and call it Christian service. However, doesn’t our Lord command us to go and teach everyone, everywhere to obey all the commandments? And are we not to first teach ourselves. If Calvin then might have a word with us, he might remind us of our deformed, self-righteous reading of the sixth command. He might say, “You have not obeyed the law of love because you have not actively sought to do good to your neighbor, community, city, state, or country. You have obeyed with your lips, but you have transgressed with your hearts” (see 163).

A Thief By Any Other Name

One more. In discussing the eighth command, Calvin says,

“We should note in brief that whatever devices we use to grow rich at another’s expense, when deviate from Christian honesty which should be dear to us, and when they are manipulated for some sly or harmful end, must be considered theft” (155).

Ouch. That hurt. If you are rich (and most of us are by comparison to the rest of the world), and if you made gains by making others poor, you are a thief. Oh that we may all repent and think carefully about how we buy and sell and work so as to honor and love God and neighbor through obedience to the eighth command.

To End with a Story

I will end with Calvin. Unless someone reads and is tempted to despair, remember Christ our righteous has done all perfectly for us. Calvin salts this entire discussion of law with the gospel of Jesus Christ.

“Of course everything in the law, down to the smallest detail, is lofty and difficult for us, weak as we are. It is only through God that we can live virtuously” (166).

“His purpose, then, is that men, renouncing all belief in their own strength, should acknowledge that it is only his hand that sustains them: and that, wholly naked and empty-handed, they should take refuge in his mercy, trusting it completely, hiding in its shade, relying on it alone for righteousness and merit” (173)

“Again: ‘The usefulness of the law is that it convinces man of his weakness and compels him to seek the medicine of grace, which is in Christ.’ Again: ‘The law commands and grace gives the strength to do what is right.’ Again: ‘God commands what we cannot do, so that we may know what we should ask of him’” (174).